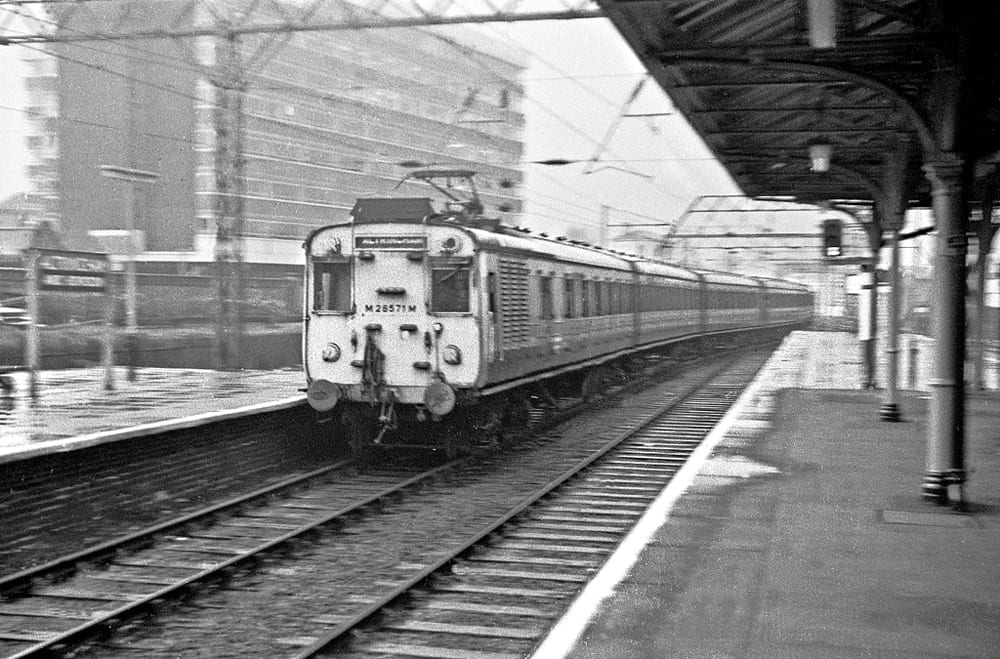 The station opened in 1881 as Altrincham & Bowdon by the Manchester South Junction and Altrincham Railway (MSJAR) to replace Altrincham station and Bowdon station which were then closed. All platforms were through, with 1 and 2 (nearest to the town) being used by the MSJAR, with 3 and 4 by the Cheshire Lines Committee trains. Since 1974 the station has been called Altrincham.

The former station forecourt was converted into a bus station which opened in late 1976. The combined bus/rail station is now referred to as Altrincham Interchange.

The Metrolink service uses platforms 1 and 2 and the Mid Cheshire Line trains platforms 3 and 4.

The station clock tower is a Grade II listed structure.

Altrincham Interchange is multi modal with the Friends Group working with Transport for Greater Manchester, Metrolink and Northern on bus tram and rail.

Transport for Greater Manchester has 3 stations on the Mid Cheshire line Navigation Road (shared with Metrolink) Altrincham and Hale.