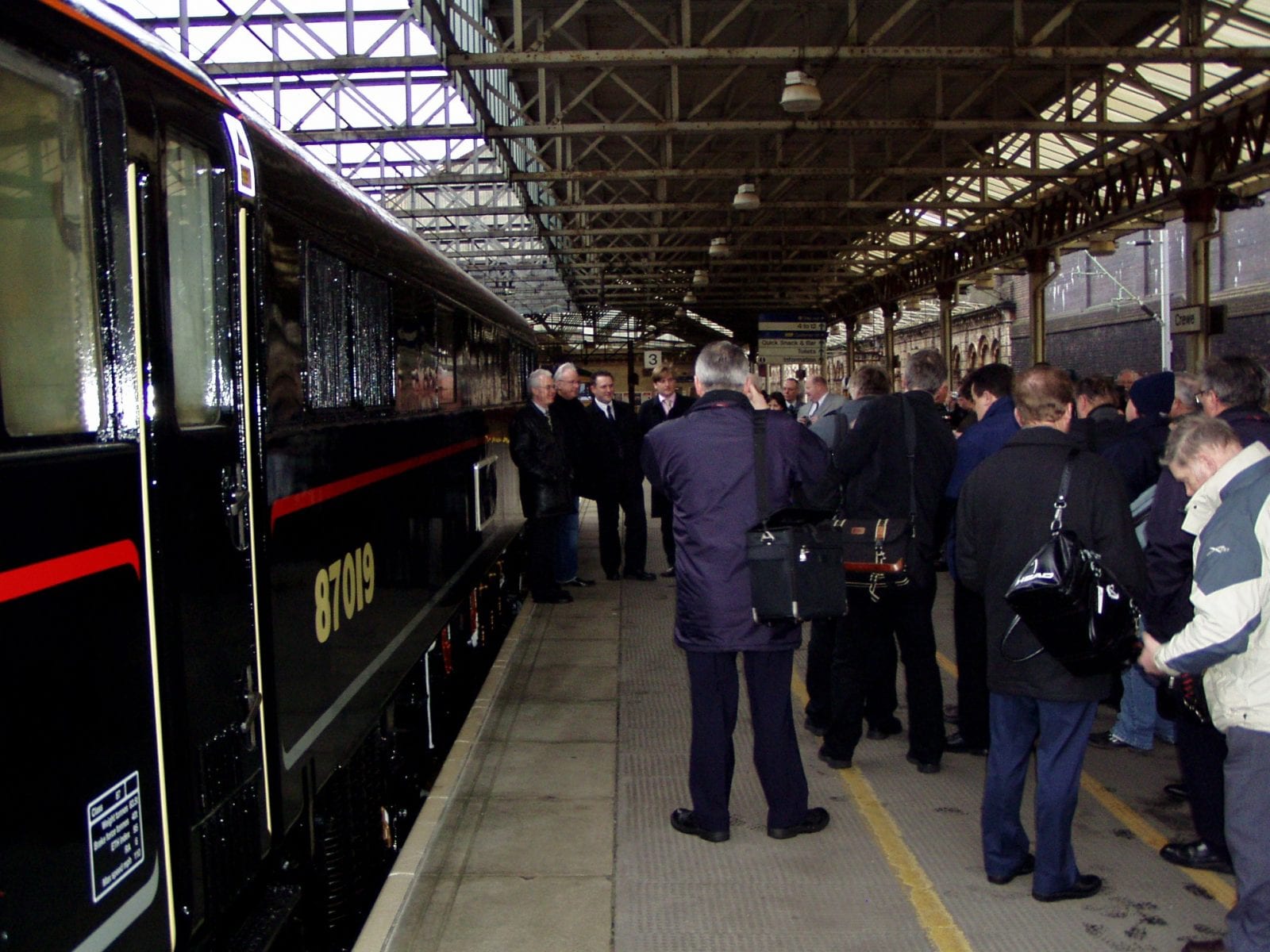 Crewe railway station was completed in 1837 by the Grand Junction Railway and is one of the oldest stations in the world.

Built in fields near to Crewe Hall and named after the Crewe family who lived at the hall, it originally served the village of Crewe which then had a population of just 70 residents.

Crewe was chosen after Winsford, seven miles to the north, had rejected an earlier proposal, as had local landowners in neighbouring Nantwich, four miles away.

The Crewe site soon became a junction when the Manchester and Birmingham Railway built a connecting line from Crewe to Manchester.  The first railway workshops and houses for railway workers were built soon afterwards.  This was the beginnings of the town of Crewe, one of the few towns in England to be named after its railway station, rather than the other way round.

Crewe remains an important rail interchange station and still has railway works buildings.  Crewe is home to the Crewe Heritage Centre, which is open on weekends from Easter to October.

The Centre, formerly called The Railway Age, celebrates the town’s heritage and is a 20 minute walk from the station.

One stop away from Crewe on the line to Shrewsbury is Nantwich, a pleasant market town, which regularly hosts farmers markets, food and drink events and music festivals.