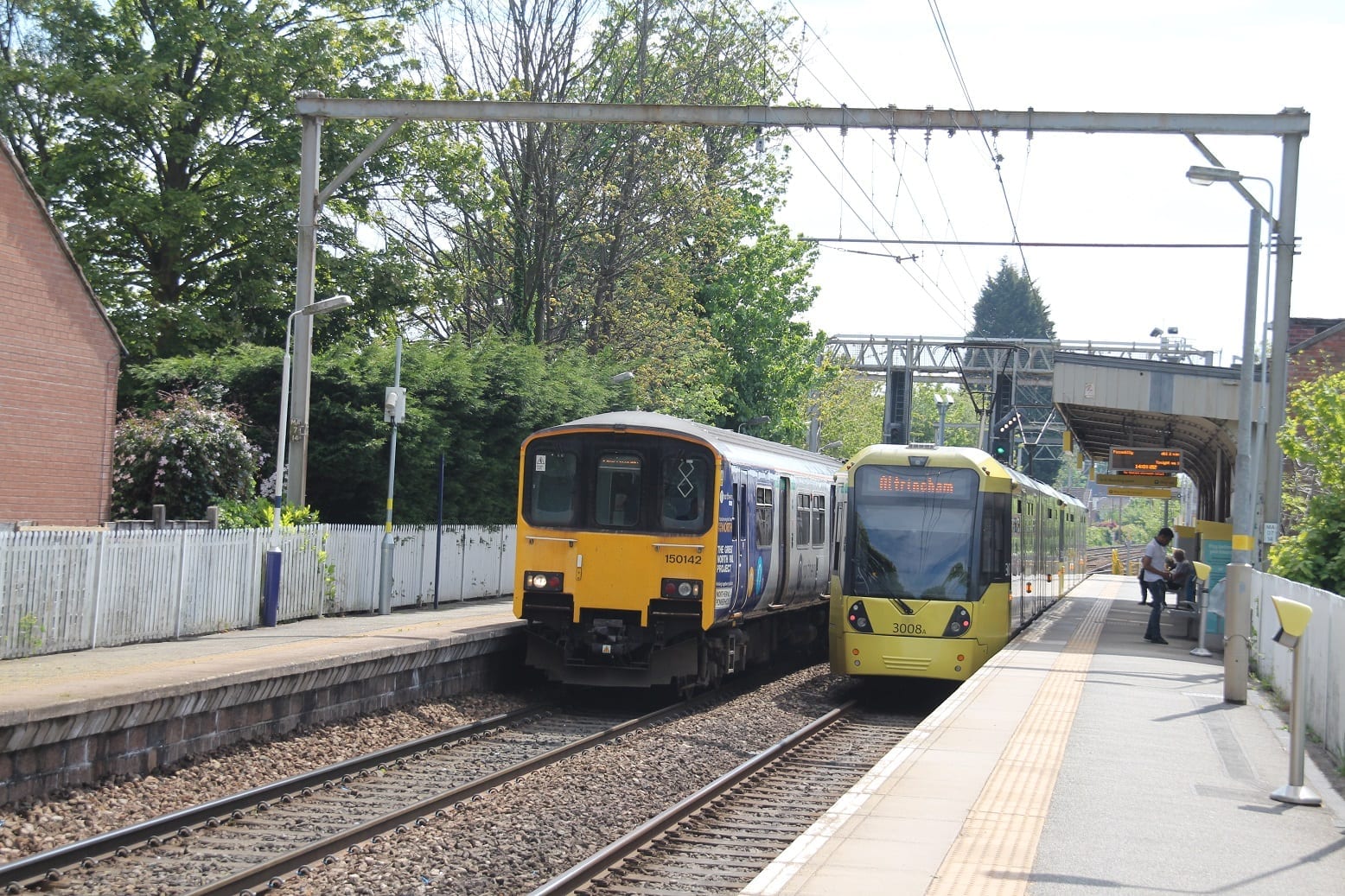 The station opened in 1931 on the Manchester South Junction & Altrincham Railway following the electrification of that line.

At the end of 1991 electric trains between Manchester and Altrincham ceased.

Since then the Chester bound platform has been used for Manchester – Chester passenger trains.

The former Manchester bound platform reopened as a Metrolink stop in June 1992.