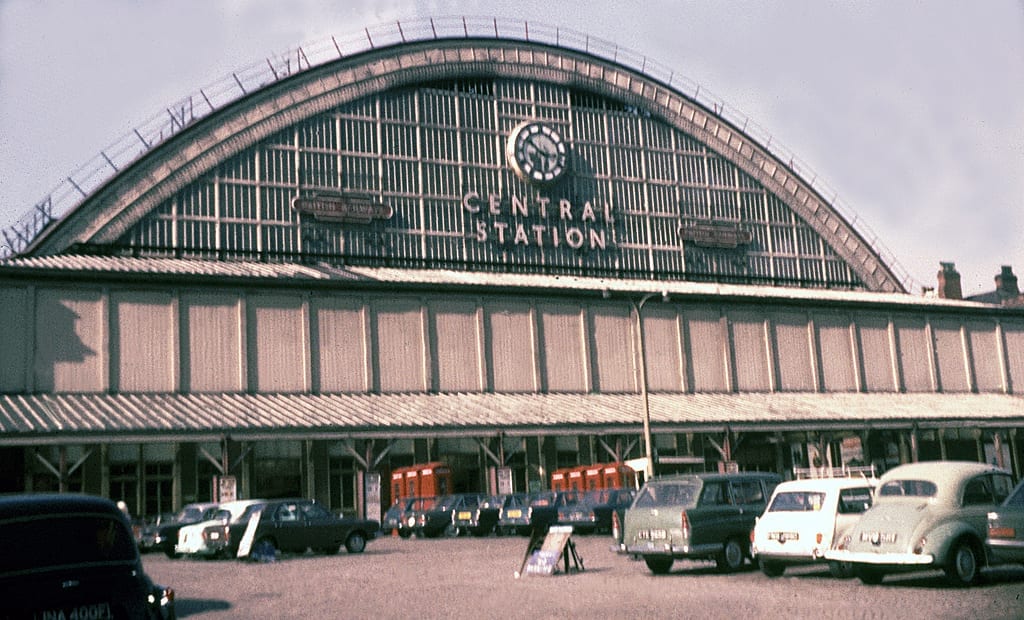 The Mid Cheshire Line train service to and from Chester originally terminated at Manchester Central station. When this station closed in 1969, the service was rerouted to Manchester Oxford Road station until it was diverted via Stockport to Piccadilly to make way for Metrolink. The station had many previous names finally becoming Piccadilly in 1960 for the electric train service to London.

The glass roof over the terminal platforms was completely replaced in the late 1990s. The train shed is a Grade II listed building. In 2001-2002, as part of preparations for the 2002 Commonwealth Games the remainder of the station was rebuilt, greatly increasing the size of the station concourse and improving access for road traffic.

The terminal part of the station consists of twelve platforms, while the busiest part of the station consists of the through platforms 13 and 14 , which are now used by through services via Manchester Oxford Road to North Wales, Liverpool, North West England, Glasgow and Edinburgh, including through services from Manchester Airport.