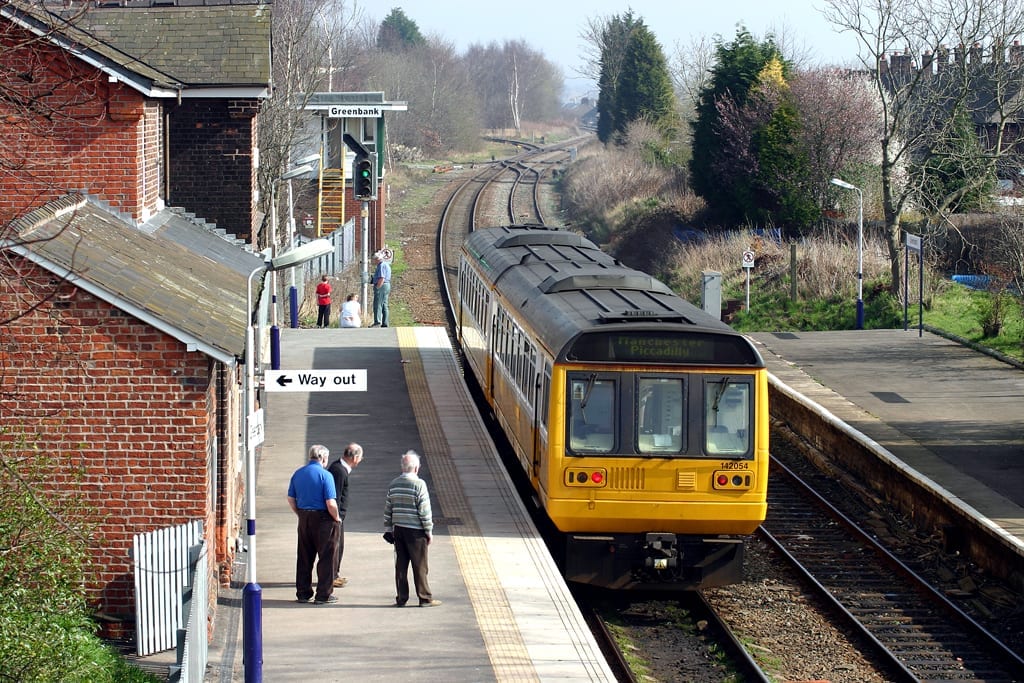 In 1973 the station was renamed Greenbank so as to distinguish it from Hartford station which is on the West Coast Main Line.

The station building on the Manchester bound platform has been sensitively redeveloped in recent years and is now home to Christ Church, Greenbank.

Close by is Winnington Park Rugby Clubs and Northwich Cricket Club only 5 minutes walk from the station at Moss Farm.

Hartford Railway Station is a 1 mile walk or bus ride away where you can connect with the Crewe to Liverpool Lime Street Line with onward journeys to Birmingham, London and many other destinations.

Greenbank Station has won a number of awards in the Cheshire Best Kept Station Competition.